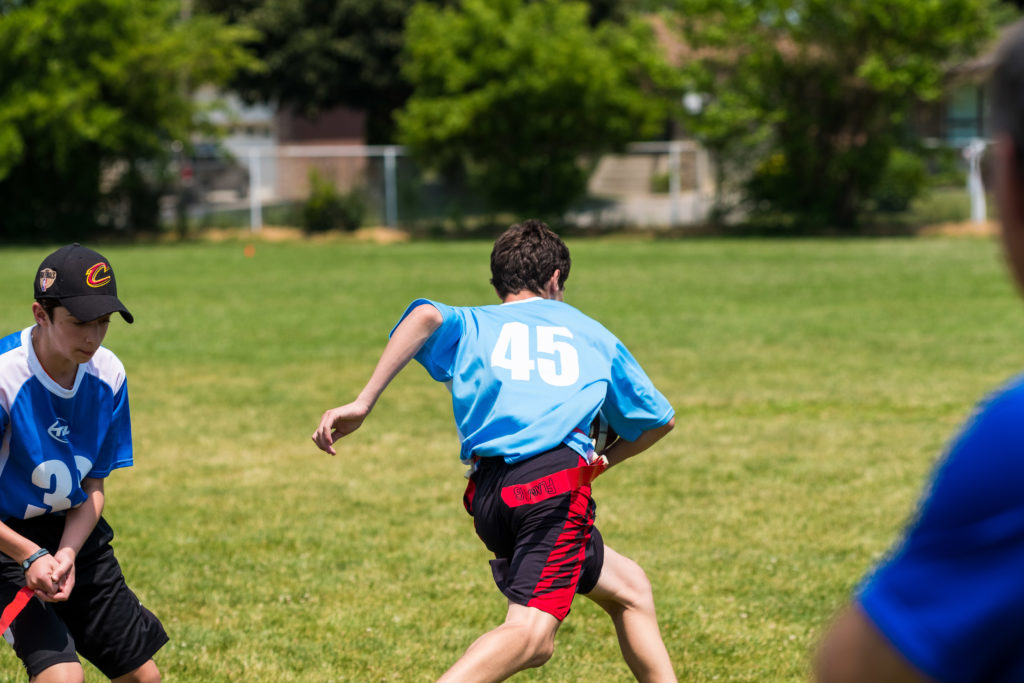 The tournament took place at The Hangar at Downsview Park and was played using modified TFFL rules.

It was exciting to see so many of our Toronto Flag Football players represent their elementary schools in what we can only imagine was warm up for the Spring TFFL season!

There were fantastic catches, flag pulls, teamwork and sportsmanship on display all day. Even though all games were exciting, nothing can surpass the championship game, which went to overtime, and saw the Netivot HaTorah Day School Panthers prevail over the Leo Baeck North team.

Our staff are always excited to help at school tournaments/events. If you are interested in having our TFFL referees or staff at your event, don’t hesitate to reach out to us!